Osteopathy is the manual approach to the body that involves the organs in relation to the skeleton. The lower back can be locked and tense and be the cause of pain due to a kidney strain. The kidneys are located behind the upper part of the lower back, and can cause pain in the lower back and radiate into buttock. As a therapist I can loosen the fascia – which is the connective tissue in which the kidney is packed – with osteopathic / manual techniques and thereby relieve low back pain.

The neck may be tense due to tension in the blood vessels of both side of the neck or the nerves that also pass through the neck. Or due to meningeal tensions. Thereby, neck problems can originate from tissues other than from muscles and joints.

Osteopathy originated from the American doctor Andrew Stills DO. He was a doctor during the Civil War and lost his first wife in childbirth and several children with meningitis and pneumonia, and it is believed that it was his inability as a doctor to save his family members that animated him to to seek healing in other ways.

He founded the first school of osteopathy back in 1892. One of his students was William Garner Sutherland who is the man behind the cranial osteopathy. Andrew Still’s grandson George Laughlin practiced a mild branch of osteopathy which we call functional indirect technique, and one of his students was Edward Stiles DO now an elderly gentleman who probably still teaches at Pikeville University of Osteopathy, Oregon. Patricia Kortekaas has learned it from Ed Stiles, and I have learned it from Patricia.

This indirect osteopathic technique is my preferred choice of technique – it is very gentle and releases tissue tension and blockages in blood vessels, nerve pathways, meninges, organs, joints and muscles. I also know all the direct techniques like myofascial release, muscle energy technique, HVT / manipulations and stretching techniques, but I always return to functional indirect technique because it is mild and effective at the same time. It is a neurophysiological technique that by resetting the area of tension is able to get the tissue under my hands to release the tension and regain its original shape. It’s almost as if the tissue resets itself, like reinstalling an app or rebooting a computer. This is how it works, because the tension does not come back unless I have not done my job well enough, or there is a chronic problem that a doctor has to take care of. 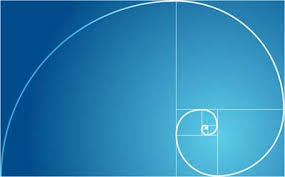 what should a rider train?

Yoga is an ideal form of physical training of the body for a rider who often forgets himself in the training of the crew. It stretches the overly tense muscles and trains the weak ones – it is a combination of Pilates training and stretching – yolates you could also call it …

how is the TMJ (temperomandibular joint) related to shoulder problems?

A locked jaw can propagate down into the shoulder, and problems in the body can propagate up to the jaw. So everything is connected, but in horses especially the jaw and teeth with the rest of the body. Therefore, it is important that equine dentists and manual therapists work closely together. I work together with several horse dentists, which makes it possible to correct the jaw and mouth when the horse is anesthetized.